The Truth about Income Tax that Most Don’t Know

The income tax amendment, the Sixteenth Amendment, ratified in 1913 did not give more taxing power to the federal government. It only removed the enumeration to allow a “direct tax” to the citizens instead of being levied to the several States based on their population.

Labor is not considered an income as it is an equal exchange from some labor, for food, money, etc. Remember the idea of natural rights, the right to my property and the products of my labor.

The 545 people who run this nation, having sworn to uphold the Constitution, have created a Gestapo agency called the “IRS”. They have created a monster of 73,954 pages of tax code (2013 Tax Code) that gives them the power to force “you” to prove your tax case according their charges, and not the presumption of innocence. Taxation has incremented from hardly anyone paying tax in the beginning in 1913, to payroll deductions in FDR’s era, leading up to where we are now. If these 545 people were truly constitutional citizen politicians looking out for our interest, they would rid us of this horrible system.

The tax code is so complex, no two people can produce the same answer on their 1040. Not even IRS agents can accurately calculate one’s tax bill. However, In the end, you WILL PAY what the IRS says you owe! The proof rests with the individual to prove what the thousands of rules indicate. Typically, the tax code is thrown in the trash when the IRS says you own it. They have the power to lock up your bank account and confiscate your possessions if they deem it necessary. 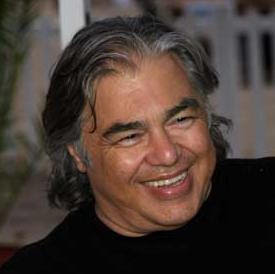 Arron Russo at Venice Beach asks the questions: “Would you pay income tax?” “Have you ever seen the law requiring us to pay?” Click on video to watch.

The IRS will get “their due” regardless of law and court rulings as experienced by Vernice Kuglin. This is her story. Watch the video below.

There is no other person I know with the honorable character of this lady, who believes in freedom, who believes the government must follow their own laws as they are written. Vernice Kuglin read through the tax code and came to the conclusion that there was no law requiring her to pay income tax.

Vernice Kuglin’s story did not end with her acquittal. The IRS has “stolen” all her possessions. They have “robbed” her bank accounts. Now, they have made it nearly impossible for her to survive as they have attached 90% of her retirement.

We have a serious legal problem in this country. The Fifth Amendment of The United States Constitution guarantees us protection from “double Jeopardy”. However, the government can find ways to come after you even after you win your case. In Ms. Kuglin’s case, the IRS is “prosecuting” her in civil court. It matters little to the IRS that the jury ruled in her favor. The IRS cannot find justification to put Ms. Kuglin in jail as the jury didn’t find any criminal wrong doings. Still, the IRS has gone after her with a vengeance, and made her a virtual prisoner fighting to exist in regaining her Natural Rights to be left alone to get the IRS off her back.

Vernice Kuglin is Interviewed by WREG CH3 in Memphis.

The interviewer said the IRS has the “right to collect taxes” under the 16th Amendment. But, nobody seems to care that they collect them “illegally”. The scope of the IRS “theft” goes beyond the law as clearly described by Ms. Kuglin. Labor is not subject to income taxes. None of this matters to the government with their jails and guns.

I must begin this section on “Drug Wars” with a statement to stress how I personally feel about drug use. I am informing anyone reading here that I DO NOT USE DRUGS! Nor, do I advocate their use. I believe those who use drugs are “playing with fire” that can lead to serious problems in their life.

Let’s stop the insane drug war! Let’s apply a bit of clear thinking, and analyze the drug problem on the political issues. Forget the personal usage problems for the moment; I’ll come back to that, later.

My friends and family tend to take the view that drugs must be outlawed and “stamped out”. Those who take this strong view against drugs are confident in their views to have law enforcement arrest every offender and put them in prison. I will explain with clear thinking and logic how they are wrong!

Let me establish some major points which I hope will make my case:

We must separate the morality of non drug use vs. those who use drugs. I am free to not use drugs if moral guidance and my religion says no. Those who choose drug use have a natural right to ingest what they please in spite of the consequences.

I think we need to step back and look at this situation with a bit of “clear thinking”. Didn’t we have this “test” on what people are allowed to ingest back in Prohibition Days? The 18th Amendment banned alcohol in 1920. Unfortunately, the ban didn’t stop people from drinking. The Government spent 300 Million annually in 1920’s dollars to enforce it. Al Capone was known to make 60 Million yearly distributing bootleg alcohol.

So, if there were no serious laws before 1937, why wasn’t everyone going around “drugged up”? Because, most reasonable people make up their minds to not ingest things to harm themselves. True, there will always be those who will!

If the end of drug use is not going to happen, Let’s just stop the war and let people make their own choices on what to put in their body. Just with alcohol, if an intoxicated person does me harm, they should suffer heavy penalties.

Every human belongs to a particular ethnicity, color or national origin. The ideas I discuss will apply to any racial category you may chose.

If I have no contact with a certain category, whether it be situational, accidental or intentional, how could there be any “poor treatment” by me? Without contact there is no treatment, good or bad.

It is one of my natural rights to move about as I see fit. Should I be “forced” to associate with particular racial category if I choose not, as long as I do not initiate harm or defraud anyone? I choose to associate with others because of their public actions, their culture, their personality and character, their lifestyle that I may enjoy, their religion and their social status. I should be free to chose which of these characteristics I am attracted to, or NOT attracted to without being called a racist. One’s skin color and appearance have nothing to do with the selections I make.

It is my belief that I have to take some direct action towards someone, to influence or effect them in some negative way. Whatever I do that does not cause direct harm is not a justification to demand damages from me.

I am not responsible what happened beyond my lifetime. I do not “owe” anything for what happened in past generations. However, our political leaders for the last 50 years have “charged and convicted” ordinary citizens with “racism” as justification to yield to the minority groups by giving them “treasures” from the public coffers in exchange for the minority vote. Basic law principles say there must be some statue violation, or individual fraud committed in order to gain “recovery”. If someone is just following their natural rights to move about as they please without initiating force of fraud, where is the damage on an “individual level”?

Has America become a Police State?

Watch this video as Marc Victor explains in exact details how we are already a “police state”, not necessarily at the “local level” as one would think, but at the federal level, where the federal government is only allowed three crimes as Clearly Shown in the United States Constitution:

There is nothing in the Constitution that allows:

This list is only the major ones as the number of federal enforcement departments are too many to show on this Web page.

The Founders Clearly left law enforcement to the “Several States”. Does anyone remember the Tenth Amendment? Those who swore an oath to “obey and protect the Constitution” don’t remember it, either!